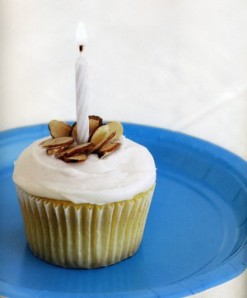 Today we celebrate the birthday of one Hannah Marjorie Aretha Locke. Many of you may know that she was brought into the world on this precise day 26 years ago, but you may not know that her creation was the result of one of the most costly military expenditures to date. Known as “Project QRX 10318” or “Operation Awesome Chick”, an experiment was conducted as a joint effort between various branches of the government to give pre-existing and forthcoming human beings faith in mankind—the result of that experiment was a success, and they called her “Hannah”.

Created in top secret caves buried deep in the hills of Los Alamos, scientists eagerly added the ingredients for the most perfect specimen. Sugar and spice were easy enough to find, but the “everything nice” proved to be somewhat of a challenge for top scientists gathered from all corners of the globe. As of today, much of what was added is still confidential, but anonymous sources have since stepped forth to identify some of the mysterious ingredients: figs, sprinkles, magical pony hair, Herbs d’Provence, and a smattering of Peppermint Schnapps.

Hannah’s government-approved parents were acquired through the only truly effective way to assess the quality of human character (before the advent of reality television): game shows. After their unrivaled victory on Supermarket Sweep, Hannah’s parents were under the assumption that they had won a tropical getaway for two, but had no idea they had won so much more. Donning Hawaiian shirts, fanny packs, visors and slathered in sunscreen they were shocked and confused (“Where’s my lei?”) to be presented with Hannah on that fateful day at Edwards Air Force Base. The scientists deemed her the perfect combination of looks, smarts, and awesomeness and her newfound parents were thrilled to become the guardians of such perfection.*

*I’m sure your older sister has told you at least once that you were adopted, so this should not come as much of a surprise.